Charles de Forbin-Janson was born in Paris in 1785 into French nobility. His family enjoyed connections with leading figures of the day and as an adult he was selected by Napoleon Bonaparte to become a diplomat. However Charles was to follow a different path. He felt called to the priesthood and gave up an impressive political career to serve God and the church. 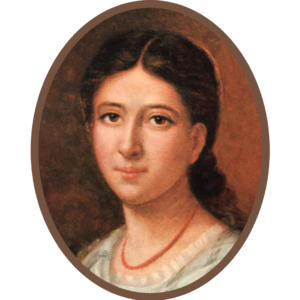 As a Priest, Charles hoped to become a missionary. He asked permission to do so from Pope Pius VII, but the Pope ordered Charles to remain in France. Charles obeyed and became a great preacher in his home country. However his interest in overseas mission didn’t wane. He was saddened by letters he received from missionaries in China begging for help for the children there who were hungry, orphaned, or abandoned.

Unsure of what to do, Charles sought advice from Pauline-Marie Jaricot, who in 1822 had started her own charity to help missionaries – The Association for the Propagation of the Faith. Pauline-Marie advised Charles that no one could understand the needs of children better than other children.

And so in 1843, Charles called upon the children of France to help. He asked them to become Missionary Children and gave them the challenge of saying a Hail Mary every day and giving a small coin every month to help feed the children of China.  Charles’ movement became known as The Society of the Holy Childhood.

The unique work of The Holy Childhood spread across the world. Today it is present in over 150 countries and helps make the love of Jesus known to children everywhere. We remember Bishop Charles de Forbin-Janson as the man who started Mission Together and we continue to follow his vision today; educating children about the world in which they live and encouraging them to pray and share with those most in need.

The children of France took up this great task with enthusiasm, and on 12th May 1882 one very committed seven year old became a member. Her name was Thérèse Martin and she went on to become St Thérèse of Lisieux, Patron Saint of Missionaries. In England and Wales, St Thérèse and her Little Way philosophy is commemorated in the first week in October.

The movement became known as the Society of the Holy Childhood, more recently, Mission Together. Today it promotes ‘children helping children’ in more than 150 countries across the world.