Driving along the dusty dirt track I was struck by the stark beauty of Malawi during the dry season. While much of the land in Zomba Diocese has been cleared to make way for crops, there was still plenty of greenery. Then we stepped out of the air conditioned van. A blast of hot air hit us, as if I had stepped into a sauna. The air felt heavy and damp, and the sun blazed down with unforgiving intensity.

The groups of women who had taken refuge under the trees with their sick children eyed us warily. But then Fr Vincent, the National Director of Missio in Malawi, approached them with his welcoming smile and outstretched arms. The women returned the smile and several of them stood and began to sing, swaying rhythmically to their own music. In wonderful African fashion, they made us feel welcome and included.

From among the women, Brazilian Sister Sr Nilceia, appeared with her infectious smile and open hands of friendship. She spoke to some of the women in their local language, Chichewa, while children reached out to her with loving gestures. Resting a small child on her hip, she told us that today’s clinic was full, as it is every day. She said some of the women had walked for up to three hours to bring their sick children to the Lisanjala Health Clinic.

Welcoming all with God’s love

Every Tuesday, children under five years old are seen from 7:30am until 4:30pm at the Lisanjala Health Clinic. No matter who they are or where they are from, Sr Nilceia and her small team of health workers welcome all of them. There are about 20,000 people in the whole catchment of Lisanjala, from 18 villages, and the clinic sees
around 80 cases per day.

Sr Nilceia led me through the women and their sick children to the small, brick building that houses the clinic and their medical supplies. She introduced me to the clinician, Peter, who explained he had been a health services assistant for thirteen years.

Peter took me to their medical supply room, where their sole medicine cabinet was virtually empty. Some boxes of malaria medication and some packets of eye ointment were all he could show me.

‘We have not had paracetamol for two years. We are unable to treat the children’s fever and pain,’ he explained sadly.

I silently observed that we probably had more medicine in our Missio First Aid kit than was here in this clinic.

You can help by donating to Missio. Together we can reach out to more children and families in desperate need. Donate here>>

We went back out to the mothers and their children. Peter called the next name. A woman came forward with a baby and Peter explained the process to me: ‘All children have their height and weight measured.’ He then started speaking to the woman in Chichewa and wrote vital information down on a scrap of damp paper.

The small child was almost lifeless. Her eyes were open, but she did not respond when Peter pricked her finger and squeezed out a small amount of blood onto a plastic tab. ‘She has malaria,’ he said to me, before turning back to the mother and passing her the malaria medication needed to make her child well again.

‘The government provides medicine for malaria called Artefan, but we have a limited supply,’ Peter shared with me. ‘Out of 100, around 70 people are helped and the number of children with malaria is equivalent to those who have malnutrition. This year, four children under the age of five have died from treatable illnesses.’

An example of faith

I turned to look around the crowded room. Mothers anxiously fussing over their babies and little ones. I could see the concern in their eyes and suddenly felt like an intruder, an uninvited guest. I have to say that I left that scene somewhat downhearted.

Then Sr Nilceia approached me with a big smile and said ‘My congregation, the Benedictine Sisters of Divine Providence, believe God is provident. We see the providence of God in the poor, the needy, the healthy, the rich. They give life; they give their contribution. I believe in Him and His mission.’

It is her faith and example that inspire others to want to share the love of God with our sisters and brothers throughout the world. Missio has been supporting the work of the Sisters in Lisanjala for many years, but together we can do so much more. The need in this area continues to grow as communities struggle through illness, poverty and despair. We thank God for their self-sacrifice and generous spirit!

Please support Missio however you can – your prayers and gifts do make a huge difference to children and families in desperate need.

This World Mission Sunday will you answer the call to share God's love with the world? 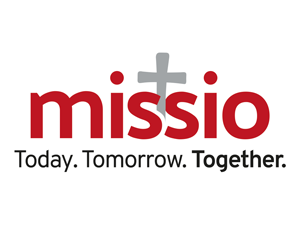