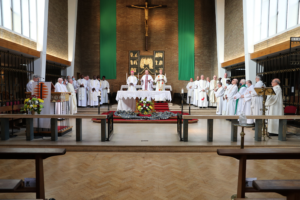 Friday 1 October was a special day for Missio England and Wales as our National Director, Father Anthony Chantry MHM, celebrated his Ruby Jubilee!

A Mass took place in the Church of the Holy Apostles, Pimlico. Mass was concelebrated by Bishop Paul Swarbrick, our Chair of Trustees, and Fr Michael Corcoran, General Superior of the Mill Hill Missionaries, in addition to another 30 priests, including many Missio Diocesan Directors.

Over 130 people attended the Mass which was followed by a reception for Fr Anthony’s colleagues, family and friends. 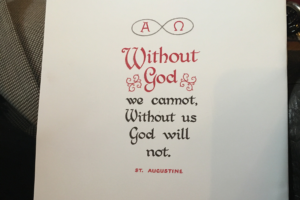 ‘The most enjoyable part of my ministry was to visit missionaries throughout the world to learn how they were serving the people among whom they lived. Time and again I was inspired and challenged by the selfless service of such diverse characters in often very stressful and inhospitable circumstances. It made me proud to be a Mill Hill Missionary’.

Father Anthony became National Director of Missio in 2016.  Since then, he has led Missio England and Wales in bringing God’s love to countless people in need around the world. 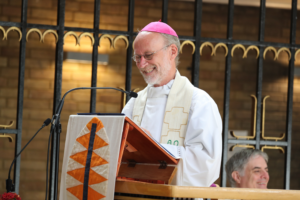 It was especially fitting that the celebration took place on the 1 October, coinciding with the feast of St Therese of Lisieux, one of the Patrons of Mission.

Just before the closing blessing, Bishop Swarbrick spoke of the impact Fr Anthony has had through his missionary work overseas and his dedication as National Director of Missio. He praised the experience and knowledge that he had brought to the role and shared how, in particular, over the COVID-19 crisis, how Fr Anthony has led the Missio team in stepping up and increasing Missio’s reach and impact across England and Wales.

Fr Michael Corcoran thanked Father Anthony for his 40 years of missionary service. He noted how wonderful it has been that Father Anthony has brought together Mill Hill Missionaries and Missio to work even more closely. 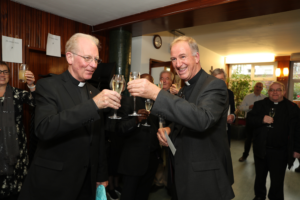 hank you to everyone who helped to make this such a special occasion. We give thanks for the gift of Father Anthony’s service to mission and wish him huge congratulations on this special anniversary.

Missionaries around the world are sharing God’s love with communities which are poor, vulnerable or in conflict.

This World Mission Sunday, please help us stand with missionaries in their vital work>>